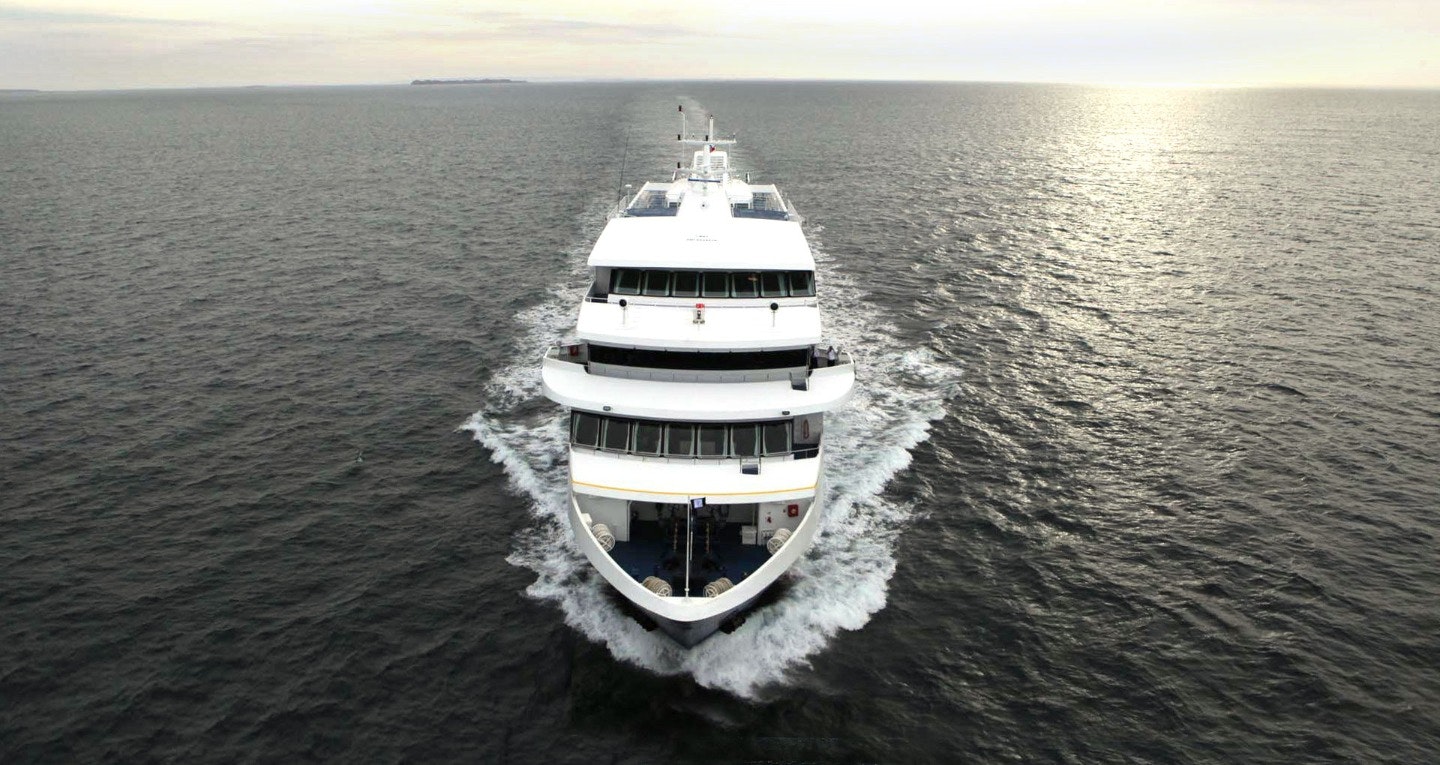 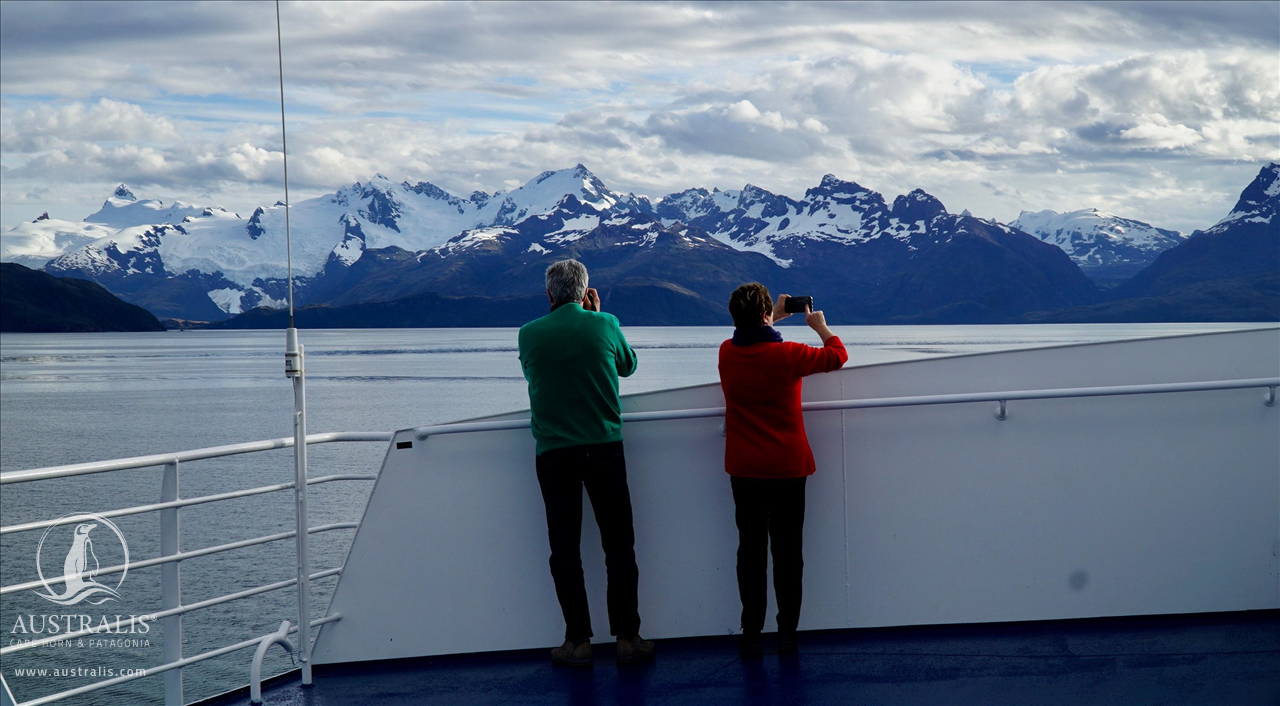 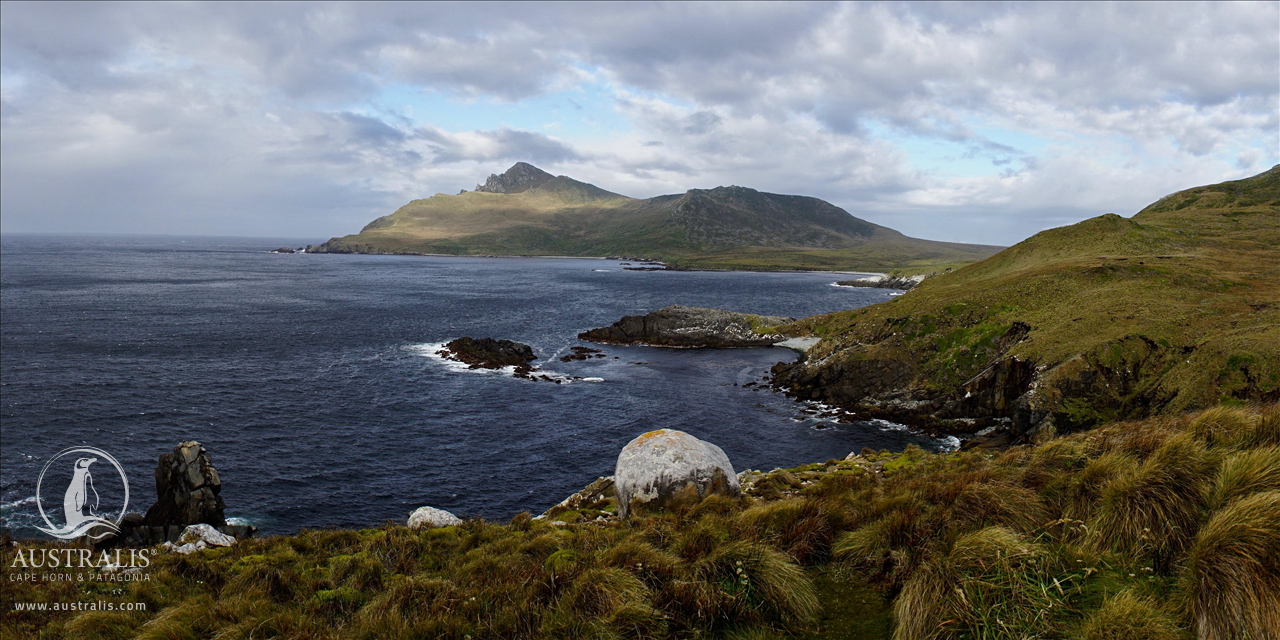 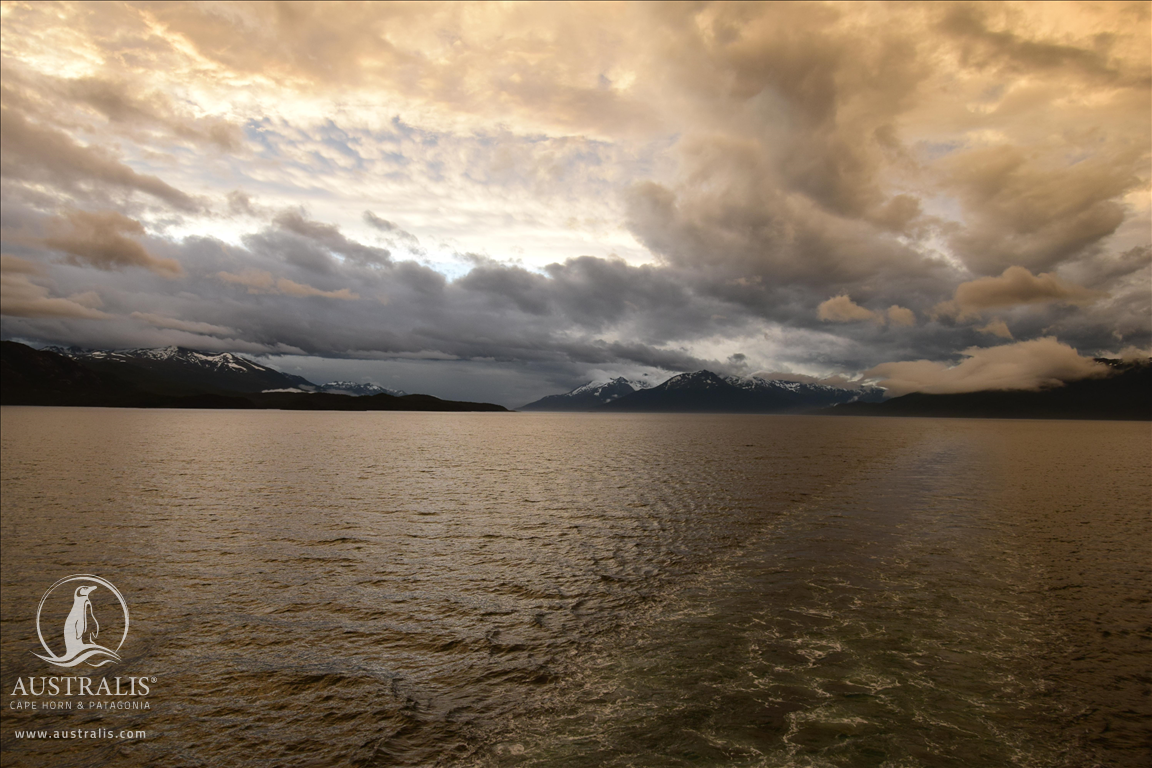 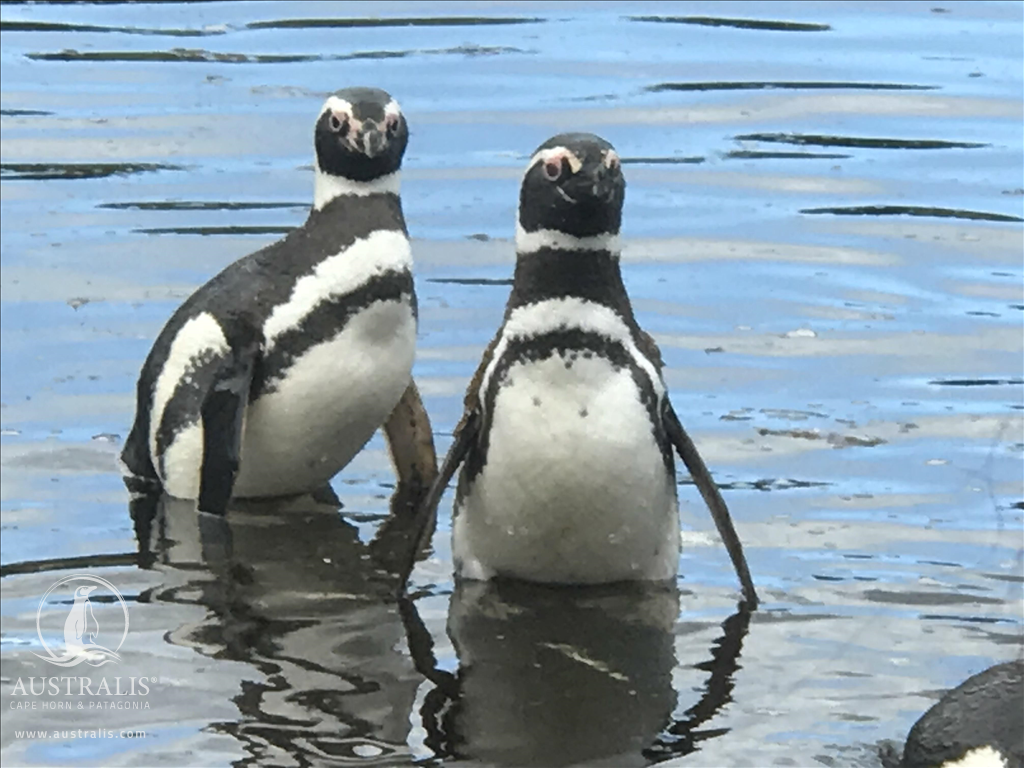 Explore Patagonia on an adventurous five-day, four-night journeys between Ushuaia (Argentina) to Punta Arenas (Chile) through some of planet’s most remote places and incredible scenery. Discover the wild beauty of Patagonia on an Australis cruise that showcases the region’s pristine landscapes, rich wildlife and fascinating human history aboard an expedition ship that brings an extraordinary level of comfort and service to the uttermost edge of the world.


Price includes
Breakfast, lunch and dinner
Open Bar
Daily land excursions
Welcome and good-bye drinks
All activities inside the ship
Accommodation inside the cruise
Price does not include
Air ticket
Extras not described in the itinerary
Optional tours and transfers in ports
Port taxes: US$65 -.

Day 01: Ushuaia
Check in at 409 San Martín Ave. in downtown Ushuaia between 10:00 and 05:00 pm (10 AM-5 PM) on the day of your cruise departure. Board the M/V Ventus Australis at 6:00 pm. After a welcoming toast and introduction of captain and crew, the ship departs for one of the most remote corners of planet Earth. During the night we traverse the Beagle Channel and cross from Argentina into Chilean territorial waters. The lights of Ushuaia disappear as we turn into the narrow Murray Channel between Navarino and Hoste islands.

Day 02: Cape Horn - Wulaia Bay
Around the break of dawn, Stella Australis crosses Nassau Bay and enters the remote archipelago that comprises Cape Horn National Park. Weather and sea conditions permitting, we shall go ashore on the windswept island that harbors legendary Cape Horn (Cabo de Hornos). Discovered in 1616 by a Dutch maritime expedition -- and named after the town of Hoorn in West Friesland -- Cape Horn is a sheer 425-meter (1,394-foot) high rocky promontory overlooking the turbulent waters of the Drake Passage. For many years it was the only navigation route between the Pacific and Atlantic, and was often referred to as the "End of the Earth." The park was declared a World Biosphere Reserve by UNESCO in 2005. The Chilean navy maintains a permanent lighthouse on the island, staffed by a lightkeeper and his family, as well as the tiny Stella Maris Chapel and modern Cape Horn Monument (currently awaiting repair after being damaged by fierce winds).

Sailing back across Nassau Bay, we anchor at fabled Wulaia Bay, one of the few places in the archipelago where the human history is just as compelling as the natural environment. Originally the site of one of the region’s largest Yámana aboriginal settlements, the bay was described by Charles Darwin and sketched by Captain FitzRoy in the 1830s during their voyages on HMS Beagle. This area is also renowned for its mesmerizing beauty and dramatic geography. After a visit to the Australis-sponsored museum in the old radio station -- which is especially strong on the Yámana people and European missionaries in the area -- passengers have a choice of three hikes (of increasing degrees of difficulty) that ascend the heavily wooded mountain behind the bay. On all of these you stroll through an enchanted Magellanic forest of lengas, coigües, canelos and ferns to reach panoramic viewpoints overlooking the bay.

Day 03: Pía Glacier – Garibaldi Glacier
Overnight we continue our Patagonia glacier tour around the western end of Tierra del Fuego via the very narrow Gabrial Channel, Magdalena Channel and Cockburn Channel. After rounding the remote Brecknock Peninsula, Ventus Australis tacks eastward and enters the Beagle Channel again. By morning we are entering Pia Fjord and boarding the Zodiacs for a shore excursion to Pia Glacier.After disembarking we take a short hike to gain a panoramic view of the spectacular glacier, which extends from the mountaintops down to the sea or a longer much more difficult walk up a lateral moraine of the old Pia Glacier.

No one knows for certain how the hulking mass of snow and ice got its feminine moniker, but one theory says it was named for Princess Maria Pia of Savoy (1847-1911), daughter of the Italian king.

Making our way further west along the Beagle Channel, we enter another long fjord and drop anchor near Garibaldi Glacier for another shore excursion. Garibaldi is one of only three glaciers in Patagonia gaining mass rather than staying the same or slowly shrinking. This time we hike through virgin Magellanic forest to a glacial waterfall, a towering wall of ferns and moss, and spectacular viewpoints looking down on the glacier and fjord. The walk is demanding -- very steep, negligible trail, rough footing -- and not for everyone. For those who choose to stay onboard, our captain will point the bow towards the beautiful sky blue Garibaldi Glacier so everyone can enjoy the panoramic view from the upper decks.

Day 04: Agostini Sound – Águila Glacier – Cóndor Glacier
Early in the morning, we will sail through the Cockburn Channel and enter Agostini Sound.  From there it is possible to see the glaciers that descend from the middle of the Darwin Mountain Range -- some of them reaching the water. This morning, we will disembark and go for an easy walk around a lagoon, which was formed by the melting of the Águila Glacier.  We will reach a spot right in front of that glacier with stunning views.  In the afternoon, we will approach the Condor Glacier via Zodiac -- and hopefully see some of the abundant Andean Condors in the area.

Day 05: Magdalena Island - Punta Arenas
After an overnight cruise through Magdalena Channel and back into the Strait of Magellan, we anchor off Magdalena Island, which lies about halfway between Tierra del Fuego and the Chilean mainland. Crowned by a distinctive lighthouse, the island used to be an essential source of supplies for navigators and explorers and is inhabited by an immense colony of Magellanic penguins. At the break of dawn, weather permitting, we go ashore and hike a path that leads through thousands of penguins to a small museum lodged inside the vintage 1902 lighthouse. Many other bird species are also found on the island. In September and April -- when the penguins dwell elsewhere -- this excursion is replaced by a ride aboard Zodiacs to Marta Island to observe South American sea lions. After a short cruise south along the strait, disembarkation at Punta Arenas is scheduled for around 11:30 AM.

End of the services.

Important note: In the event that one of the hotels does not have availability, it will be exchanged for a hotel with similar characteristics.

All our tours and local suppliers are implementing and demanding all sanitary measures to make our tourist experiences as safe as possible. Face masks are mandatory for passengers in public areas. Hand sanitization available for passengers and staff during the tour, and regularly sanitized vehicles.
All tours can be canceled and rescheduled with 48 hours of anticipation.
First choose the date in the calendar on your right and tour options. Press Book me and then complete your personal data. Once we receive your reservation we will process your payment by paypal or credit card and send you vouchers and final instructions.
Our company has an assistance staff 24 hours a day, 7 days a week, so you will always be supported by us.

Places you will meet

Other cruises of Australis Cruises... 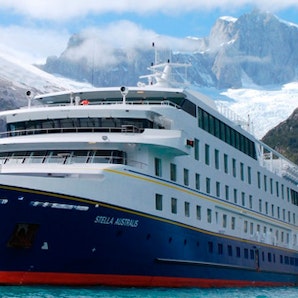