IQUIQUE AND ITS RED LAGOONS? DISCOVER THEM!

IQUIQUE AND ITS RED LAGOONS? DISCOVER THEM!

Among the impressive cities located in the north of Chile, the picturesque community of Iquique stands out. Its tourist interest is mainly due to the various beaches in the area, ideal for vacations and extreme sports, as well as to the cultural preservation that makes this remote place a lively historical center. However, among the hidden secrets of this town is the mysterious red lagoon, which has become the protagonist of magical legends and beliefs that seek to answer its peculiarities. Below, we introduce you to Iquique and its lagoons: 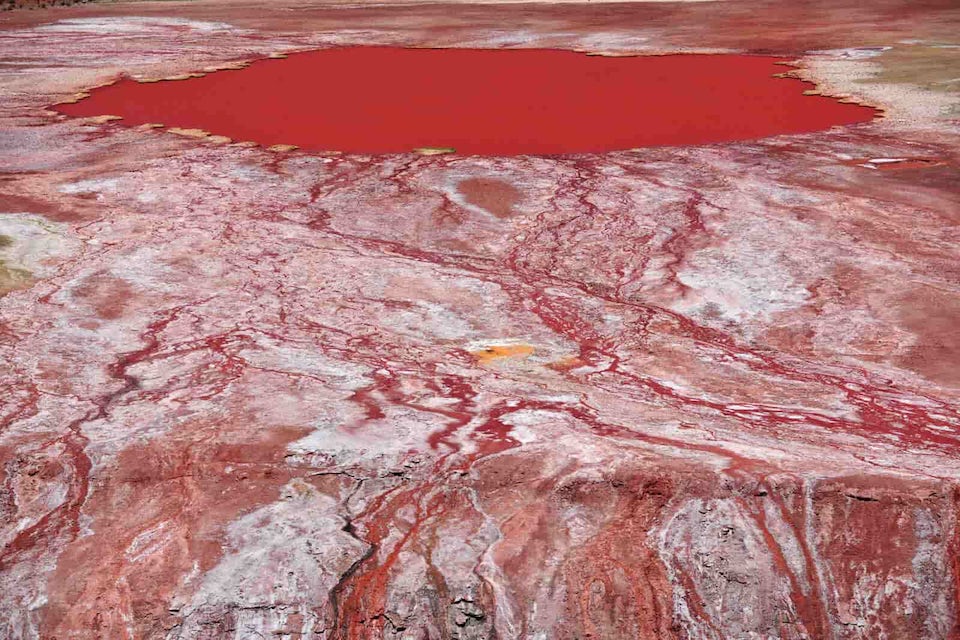 Also called "Red Sea" by the locals, it is a remote lagoon located in the commune of Camarones, belonging to the Region of Arica and Parinacota, whose main access point is located in the town of Iquique.  Thus, it is a little known place that has received tourist attention in recent years due to a great mystery: its deep red waters.

Basically, because it is an area that was not even included in the maps until 2009, few scientific investigations have been carried out in the area. Thus, the red lagoon corresponds to a strange water reservoir to which supernatural explanations associated with the reason for this unusual bloody hue are attributed. 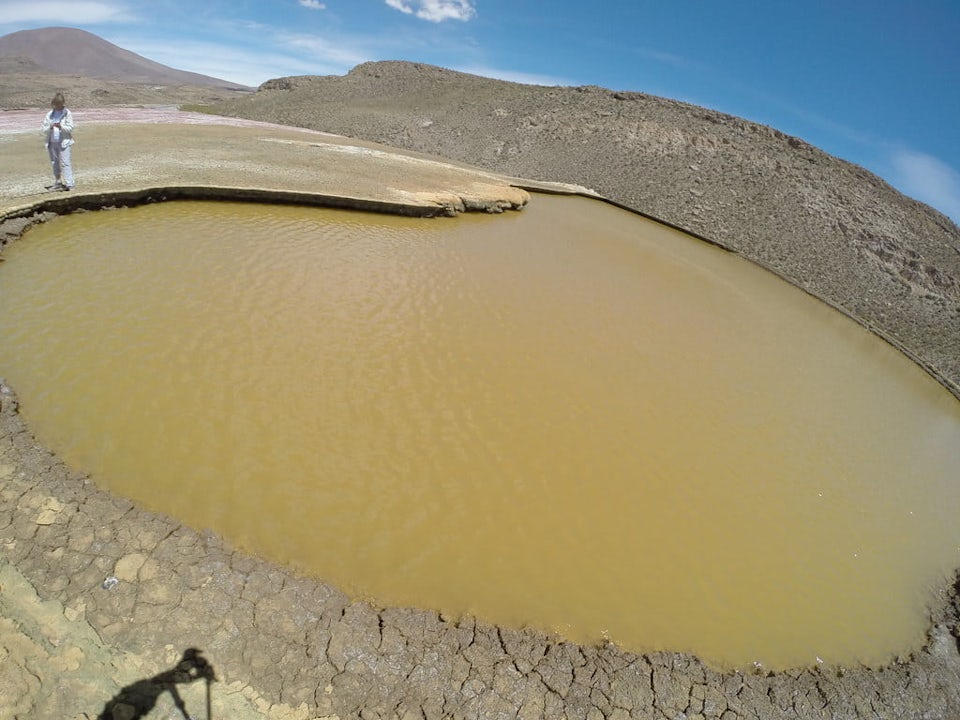 It is worth mentioning that this strange tourist attraction in northern Chile also has two distinctive natural water reservoirs that, although they are little known in comparison to the curiosity received by the red lagoon, are characterized by creating a panorama from another planet. In general terms, in the surroundings of the area it is also possible to know the green and yellow lagoons, which together correspond to three shallow freshwater pools also known as the Amuyo Lagoons. Therefore, Iquique and its lagoons have become a tourist stop that stands out for its magical landscape capable of delighting each of its visitors by the confusing shades of its waters. 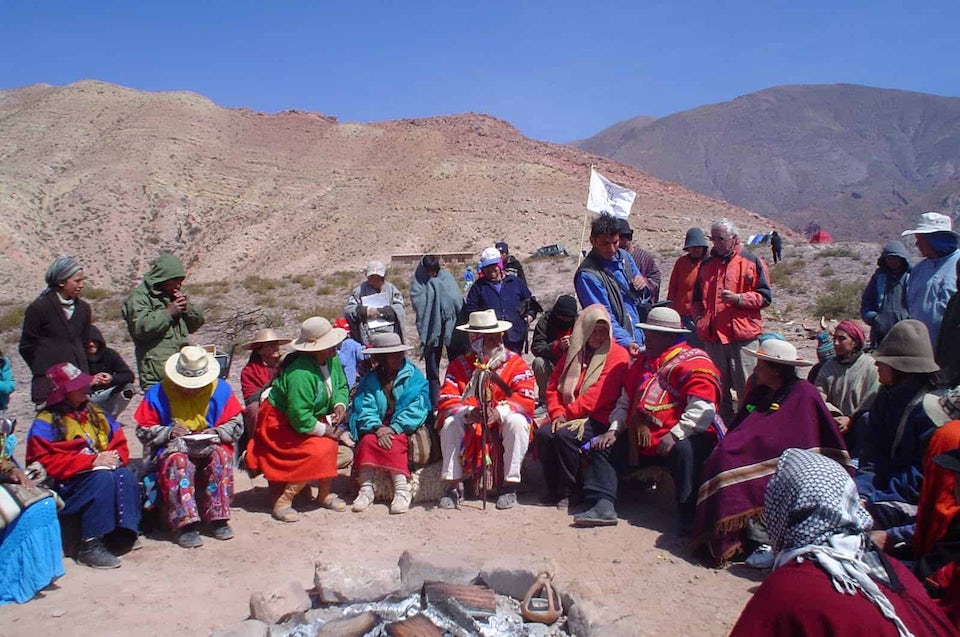 This remote destination has been influenced for years by ancient civilizations among which stands out the Aymara community, who have been responsible for preserving the culture and offer supernatural explanations about these lands. Therefore, there are three lagoons located at an altitude of 3,700 meters that are not only characterized by their enigmatic panorama, but also by the amazing myths and legends that have arisen over the years to explain the mysteries of the area.

In this sense, it is believed that centuries ago a small Aymara community settled on the shores of the Red Lagoon without knowing that the reddish hue of the water was due to a warning created by Satan to keep intruders away; in this way, the inhabitants of the town died after drinking the cursed waters of the lagoon, thus contributing to stain the waters with their blood.

On the other hand, there are other beliefs attributed to the green and yellow lagoons, which maintain that these waters bubble when they are surrounded by unwanted people. In turn, it is often mentioned that these sister lagoons represent femininity and masculinity respectively. Indifferently, it is a place surrounded by beliefs that add a great magical touch. 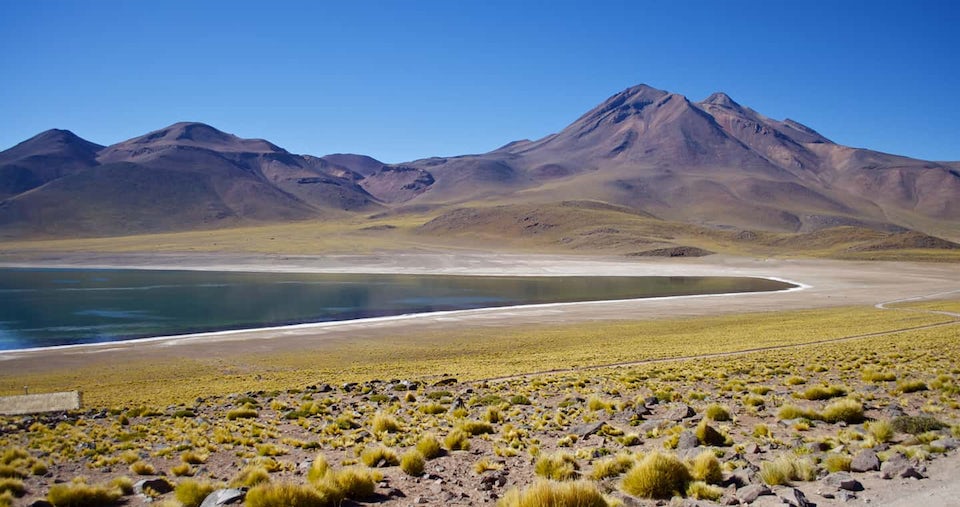 In fact, in addition to the common myths and beliefs of the area, it is possible to find some scientific explanations which, although they turn out to be inconclusive, offer research that seeks to understand this exceptional tourist attraction. Therefore, it has been proven that the average temperature of the shallow waters of these lagoons ranges between 40 and 50 degrees Celsius, due to the fact that they are hydrothermal outcrops located on volcanic rocks. On the other hand, it is suggested that these waters have high concentrations of minerals and algae that influence the different shades that characterize each lagoon.

In any case, beyond scientific explanations or supernatural beliefs, Iquique and its lagoons have become an ideal tourist destination for those seeking a magical experience in northern Chile.