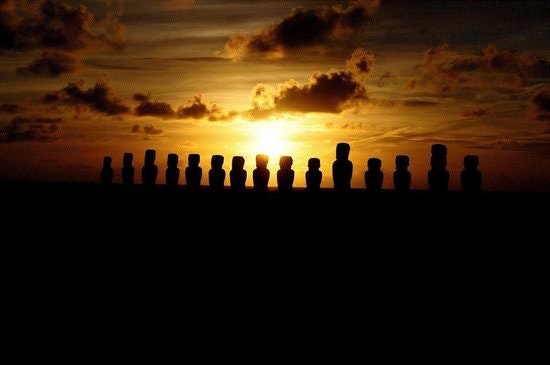 Day 01: Calama Airport - San Pedro de Atacama - The Moon Valley - San Pedro de Atacama
Reception and transfer from the Calama Airport to your hotel in San Pedro de Atacama. In the afternoon, departure from the hotel to the Moon Valley (03:30 pm in summer / 03:00 pm in winter. Subject to confirmation). 19 km away from San Pedro, in the Salt Mountain Range, is the Moon Valley (Valle de la Muerte), declared a Nature Sanctuary and Monument, and protected due to the singularity of its beauty. It consists of a depression surrounded by small hills with impressively sharp peaks. This tour is an incredible trip to landscapes not belonging to our world, but to other planets. At this valley we will be able to testify the Dinosaur Valley and Death Valley, where there is a spectacular panoramic view of the area. We continue to the Moon Valley, where we will find geological formations that are the result of successive foldings of the earth's crust. In the valley is possible to appreciate the salt sculptures known as Las Tres Marias, formed by wind erosion. Continuing with the tour we will walk through the interior of the caves that remain from the old deposits, to get closer to valley where is the Big Dune. After a break, we will climb this dune, which impresses with its size and is used for extreme sports as snowboarding Towards dusk, a bold palette of golds and reds appear, touching the soul and sensibilities of the visitor. Return to hotel. Lodging.

Day 02: San Pedro de Atacama - Altiplanic Lagoons - Atacama Salt - San Pedro de Atacama
Departure at 08:30 hrs. from the hotels. Atacama, the largest salt flat in Chile, has the one of the largest flamingo reserves in the country (the National Flamingo Reserve). We will head in on a small path, towards Chaxa Lake, in order to see and identify the different flamingo species in the area. Miscanti and Miñiques Lakes, located at 4,220 meters, are also part of the National Reserve, and are managed by the indigenous community of Socaire. The eruption of the Miñiques volcano one million years ago caused the water that once drained to the Salt Flat to stagnate, giving rise to these two highland lakes with their blue water and white shores. On the way back, we pass through Toconao, typical handicrafts in the Atacama zone, also the San Lucas Tower (National Monument and town symbol). We will visit the small factory and craft fair in the area, rich in alpaca wool items and handicrafts in cactus. Return to San Pedro at 4:00 pm approximately.

Day 03: San Pedro de Atacama - Archeological Tour to Tulor and Quitor - San Pedro de Atacama
Breakfast in the hotel. At 09:00 hrs. departure from the hotel. A landscape without history loses the richness that time and people have brought to it. Therefore, on this excursion, we invite you to discover the richness of the Atacama, or Likan Antai, culture. We will gather fascinating information about who lived in the area and how they did it, from pre-Columbian to colonial times. We will learn about the customs and traditions of the different cultures that lived in the area by visiting the most notable archaeological sites such as Tulor and Pukará de Quitor. The miraculously preserved village of Tulor is the oldest remaining ancient dwelling place in the Atacama Basin, and the first human settlement, called "Cuna de los Likan Antai (Cradle of the Likan Antai people)".Pukará de Quitor, a construction from the twelfth century, was a witness to decisive historic events that are part of the local culture. We ended our trip in San Pedro de Atacama, with a visit to the church before the return to hotels. Lodging.

Day 04: San Pedro de Atacama - Tatio Geysers - Calama Airport - Santiago Airport - Santiago
Departure at 05:30 hrs. from the hotel We leave at dawn from San Pedro de Atacama Hotel to go to the Tatio Geysers, a geothermal center with geysers that can only be seen very early in the morning. After seeing this spectacular sight in a magnificent natural setting, we eat breakfast. On the way back, we see the majestic Andes mountain range, whose peaks seem close enough to touch. We then arrive at Machuca, a small llama herder settlement. The village is filled with adobe houses with thatched roofs. Green wetlands lend a special charm. Transfer to airport. Flight to Santiago. Lodging in Hotel near Airport in Santiago.

Arrival in the Easter Island Airport. Reception in the Airport with flower necklace and transfer to your selected hotel.

Our tour starts at 3:00 pm approximately from Hanga Roa to Ahu Akivi, the first restored Ahu by science in the Island in 1960. This Ahu with 7 Moai Statues is one of the few in the center of the Island, with its statues facing the rising sun. Reportedly, they represent the 7 explorers sent before the arrival of Hotu Matua to get to know the Island.

Then, we will visit the Puna Pau quarry, in a small crater of red scoria. Here the Pukao or headdress of the Moai were obtained. There are still some unfinished and abandoned pukaos. And we will finish at the Ahu Huri a Urenga, where we will find the four-arm Moai so-called the astronomer because is aligned with the southern winter solstice (June 21)

Day 06: Easter Island – The Hotu Matua Route: Ahu Akahanga – Tongariki – Rano Raraku Volcano – Anakena BeachDeparting from Hanga Roa's town at about 9:00 am, going to Ahu Akahanga, so- called the "Platform of the king". The legend tells that Hotu Matua'a's tomb is near this place. There, we will find 4 platforms, 12 Moai statues, 8 Pukao and towards the interior of this Ahu; it is possible to see the best-preserved village of the island.
Later, we will go to Ahu Tongariki, with 15 Moai being the largest Ahu of the island. After that, we will meet Ahu Te Pito Kura, which possesses the highest statue of the island raised in an Ahu, the Moai Paro (10 meters of height and 85 tons with a Pukao of 11,5 tons). Near this ceremonial temple is the great spherical stone that is identified as the Center of the World (Te Pito o Te Henua), as the legend tells, it was brought to the island by Hotu Matua'a in his craft.
After that, we will arrive in Ahu Nau Nau, temple of a complex construction due to its different levels where we will find 5 Moai statues with Pukao. There, we will see petroglyphs in the backs of the statues. We will continue our excursion to the Rano Raraku volcano and quarry, where there was carved most of the Moai of the island, using the volcanic rock of its hillsides. There are an estimated number of 400 Moai in several stages of carved. Finishing our adventure, we will go to the Anakena Beach. It is a beach of white sands chosen for the arrival of the Ariki Hotu Matua'a and his sister Avareipua. Anakena is the name of a small cave in an adjacent gully.
Return to the town of Hanga Roa, total duration 8 hours.
Accommodation in Easter Island.

Breakfast in our hotel in Easter Island.
We start our tour at 09:00 am from Hanga Roa heading to the Ana Kai Tangata natural cave where it is possible to appreciate some rupestrian art representing birds such as the manutara, and where it is possible to watch waves breaking upon the cliff.  We will continue our tour by visiting the Rano Kau volcano where we will be able to see the largest crater on the Island and one of the largest sweet water reservation of the area. Finally, we will visit the Orongo Ceremonial Village, old and magnificent ceremonial city located in the western side of the Rano Kau volcano. It features 53 elliptical houses made of sandstone and a small square window looking to the sea. In this place, the most important ceremony of the second period of Easter Island was carried out: the election of the Tangata Manu (Bird-Man), this ceremony stopped being performed 150 years ago, due to the arrival of the first Christian missioners.
At 01:00 pm approximately, we will return to the village.
Accommodation in Easter Island.

Length: 3 – 4 hours
This tour specializes in the exploration of the caves. All an underground world where Rapa Nui is the 10th place worldwide with underground galleries that reaches 7 kilometers in total. Here, we will visit some of the most important caves and cavern of the island and will understand how its inhabitants could survive the depletion of its resources and inclement of the weather. We will also learn about the volcanic origin of the island and its geographical formation.
Adventure Trekking
Tour time: 09:30 am
Length: 3 – 4 hours
Departing from the Hanga Roa village, we will visit part of the northwestern coast of Rapa Nui, Ahu Akapu, Kakenga caverns, Te Pora, Te Pahu and finally Ahu Tepeu. Return to your place of accommodation at 02:00 pm.
Horseback Riding to the Caverns of Easter Island
Tour time: 09:00 am – 02:30 pm
Length: 3,5 hours
Departing from your hotel in Easter Island, we will enjoy a unique horseback riding to the cavern area. These caverns spread through the Island were used as residence, as graveyard and shelter during war time. We will ride, visiting the caverns of Ana Kakenga and the "Two Windows Caverns", located in the northeaster coastal area of the Island. To access this cavern, we have to enter in a hole in the ground. After that, we will head to Ana te Pahu, a less visited place in the Island, but featuring a beautiful landscape. Then, we will continue to Ahu Akivi, importante sacred altar and platform, ending in Maunga Roiho.

Important note: In the event that one of the hotels does not have availability, it will be exchanged for a hotel with similar characteristics.

All our tours and local suppliers are implementing and demanding all sanitary measures to make our tourist experiences as safe as possible. Face masks are mandatory for passengers in public areas. Hand sanitization available for passengers and staff during the tour, and regularly sanitized vehicles.
All tours can be canceled and rescheduled with 48 hours of anticipation.
First choose the date in the calendar on your right and tour options. Press Book me and then complete your personal data. Once we receive your reservation we will process your payment by paypal or credit card and send you vouchers and final instructions.
Our company has an assistance staff 24 hours a day, 7 days a week, so you will always be supported by us.

March, 2018
all the tours were very good. Drivers came on time and tours guides were clear on describing the sites visited

1. the schedule for clients should add English. The pick up time in San Pedro was 30 minutes before the schedule time which is confusing 2. Uyuni trip: crossing : visa fees for US citizen, the bill of $160 needs brand new. this created frustrations

Places you will meet

Other circuits of Chile 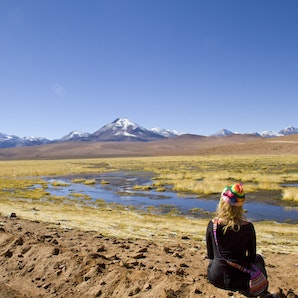 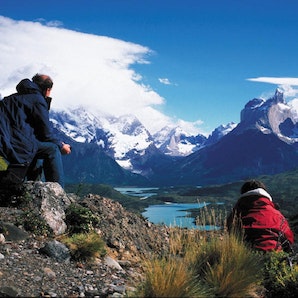 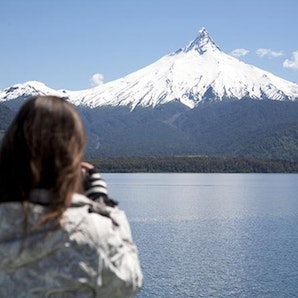 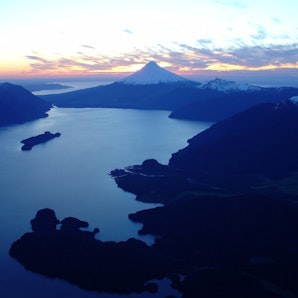 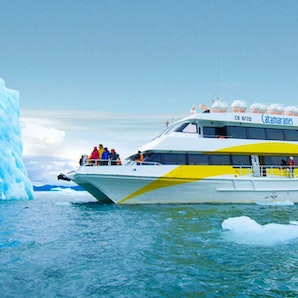 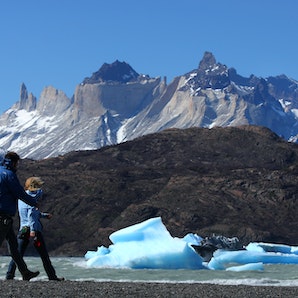 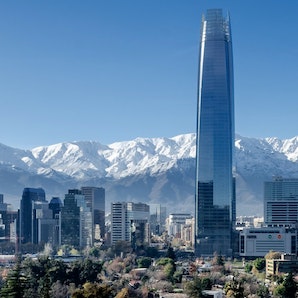 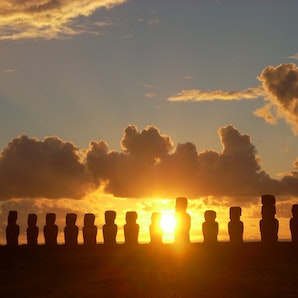